Even if you are a world traveller who has swum in all of the planet's oceans and visited its most vaunted beaches, Mauritius will still enchant you.

It is a spellbinding island. Described by many of its visitors as the jewel of the Indian Ocean, it'll probably take all of 10 minutes to work its magic on you. A short walk along the impeccable white sand beach, with its crescent-shaped turquoise lagoon, will do it. The warm sand conspiring with the gentle Indian Ocean to completely seduce you.

The impossibly picturesque Black River Gorge, the glittering Chamarel Waterfalls and the World Heritage site of Le Morne will totally convince you that the whole place should be renamed 'Eden'.

And at the heart of this natural beauty is the St. Regis Mauritius Resort. Peeping out above the palms that surround it, this hotel is as welcoming, as beautiful and as warm as the island itself.

On the south-western side of the island, the soft white sands of Le Morne Beach and its warm turquoise lagoon create a magical setting where lavishly appointed accommodation and pampering converge amid the many charms of Mauritius.

Fields marked with * are required!

Get in touch with us

Send us an inquiry 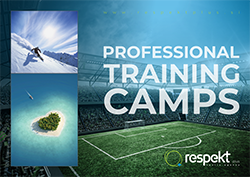